The quality of food we eat (or lack thereof) has a profound effect on Attention Deficit Disorder and ADHD. For many people, nutrition alone can effectively work as an ADHD alternative treatment. A growing body of research points to nutritional deficiencies - especially with essential fatty acids and amino acids - as a contributing factor of Attention Deficit Disorder and learning deficiencies.

Put down the Ritalin bottle for one minute to consider these Attention Deficit Disorder ADHD nutrition research findings:

Learning specialists now believe many childhood behavior and learning problems are associated with Omega-3
deficiencies. This deficiency has a greater impact on males because their requirements for essential fatty acids are,
in general, much higher. ADHD adults and parents of ADHD children should include food high in Omega-3 fatty acids
daily. That said, many children simply will not eat the Omega-3 rich salmon, mackerel and sardines.  Enter flax seed
and flax oil - "food of the gods" when it comes to Omega-3 fatty acids. Flax seed and flax oil are the richest plant
source of Omega-3 fatty acids and offers Attention Deficit Disorder nutrition vital to support healthy childhood
behavioral and IQ development. One to two tablespoons of flax oil should be part of every Attention Deficit
Disorder ADHD nutrition food action plan.

Find A Provider Near You

The brain makes a variety of chemical messengers, or neurotransmitters, to regulate wakefulness and sleep. Protein triggers
alertness-inducing neurotransmitters, while carbohydrates trigger drowsiness. These findings support the popular belief that
people with ADHD do better on a protein-rich breakfast and lunch. Yet child psychologist Vincent J. Monastra, Ph.D., head of
an ADHD clinic in Endicott, New York, says that, of the 500 children a year he evaluates for ADHD, less than 5 percent are
eating the government-recommended amounts of protein at breakfast and lunch. In addition to boosting alertness, says
Monastra, a protein-rich breakfast seems to reduce the likelihood that ADHD medication will cause irritability or restlessness.
Depending on their age, children need between 24 to 30 grams of protein a day. Adults need 45 to 70 grams. You can get
seven grams in a cup of milk or soy milk, one egg, or an ounce of cheese or meat. Do alternative ADHD treatments really
work? Parents are finding that while they may not be a cure-all, non-medical treatments like diet changes are making a
big difference in the behavior of their children with attention deficit disorder. Poor diet and eating habits do not cause ADHD.
And when it comes to controlling impulsivity, inattention, and other symptoms, there is no substitute for medication and
behavioral therapy, which are clearly the most effective approaches. But recent research suggests a possible relationship
between ADHD and the foods one consumes. One study, published in the December 2004 issue of the Journal of
Developmental and Behavioral Pediatrics, analyzed 15 previously published studies and concluded that artificial food
colors can lead to hyperactivity, irritability, and insomnia in some kids with ADHD.  Most parents of children with ADHD — 84 percent of 302 parents in one 2003 study — believe that sugar has a negative effect on their kids' behavior. And many adults with ADHD are convinced that sugar worsens their symptoms as well. But medical experts still tend to discount any link between behavior and sugar or artificial sweeteners. As evidence, they point to a pair of studies that appeared in the New England Journal of Medicine. "Effects of Diets High in Sucrose or Aspartame on the Behavior and Cognitive Performance of Children" (February 3, 1994) found that "even when intake exceeds typical dietary levels, neither dietary sucrose nor aspartame affects children's behavior or cognitive function." A similar study, "The Effect of Sugar on Behavior or Cognition in Children" (November 22, 1995), reached much the same conclusion — though the possibility that sugar may have a mild effect on certain children "cannot be ruled out," according to the study's authors. In any case, sugar carries loads of calories and has no real nutritional value. People who eat lots of sweets may be missing out on essential nutrients that might keep them calm and focused. Since ADHD medications tend to blunt the appetite, it's important to make every calorie count.

For More On Alternative Treatments And ADHD

The use of herbal medicine and vitamin therapies in the treatment of ADHD is of interest to the many families looking for alternatives to drug therapy. Many of the herbs prescribed mimic the action of the drugs prescribed: they’re stimulants. Here are the most commonly suggested herbal alternatives: Ginkgo Biloba, Brahmi (Bacopa Monniera) Siberian Ginseng (Eleutherococcus Senticosis) Gotu Kola (Centella Asiatica, also Hydrocotyle Asiatica) Green Oats (Avena Sativa). Herbal remedies are ancient, with the Indian medical practice of Ayurveda receiving as much attention lately as have Chinese herbal medicinal approaches.
One of the major herbs cited in most treatments is Ginkgo, which has been in the news for years as adults have used it to purportedly sharpen memory. Ginkgo is thought to increase blood flow to the brain; one study indicated that the combination of ginkgo and American ginseng might treat symptoms of ADHD in some children. Antioxidants are felt to prevent oxidative damage in the brain and nervous system. Antioxidants from pine bark extract (Pycnogenol) and grape seed extract are often recommended for ADHD. Although a small number of parents and adults with ADHD report effectiveness, no current research studies have found them to be effective.

Find A Nutritionist Near You

Nutrition and ADHD [For the purposes of simplicity we will primarily use the term ADHD (which is Attention Deficit Hyperactivity Disorder).  However much of the information included in this text will include ADD (Attention Deficit Disorder) which is obviously not characterized by hyperactivity. 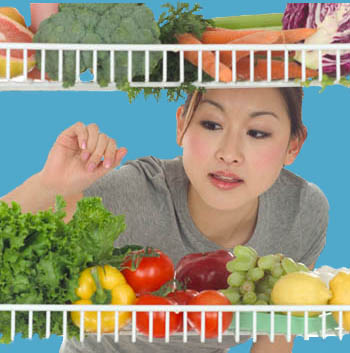 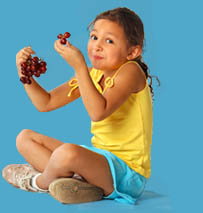 In addition to the positive effects on brain functioning, flax oil also works to prevent heart disease and certain
types of cancer. Flax oil helps soften skin, balance energy, burn fat, stimulate the metabolism, strengthen the
immune system, manage diabetes, and helps to prevent autoimmune disease and inflammatory disorders.
Flax oil also helps alleviate PMS and some menopause symptoms.
Here are some easy ways to add flax oil into the daily diet;
•    Mix 1 tablespoon of flax oil in flavored yogurt.
•    1 tablespoon of flax oil in fruit smoothies is virtually undetectable.
•    Mix 1 tablespoon of flax oil with one tablespoon maple syrup or honey as a sweetener instead of granulated sugar.
•    Use 1-2 tablespoons of flax oil when making tuna salad or egg salad while proportionally decreasing the amount of
Miracle Whip or mayonnaise used.
•    Flax Butter: Melt one stick organic butter and mix with 4 ounces flax oil when cooled to room temperature. Refrigerate until the flax butter solidifies
and use in place of margarine.
•    Omega-3 "Ice Cream": Mix 2 cups yogurt with 1 tablespoon flax oil and fresh or frozen fruit. Serve when frozen.
Most studies conducted on the affects of essential fatty acids found that at least 10 weeks of supplementation is needed to adequately raised fatty
acid levels in brain cells. Follow a diet high in Omega-3 fatty acids for at least 10 weeks, and preferably 12 weeks, before judging the effectiveness
of nutrition on Attention Deficit Disorder and ADHD symptoms.  Important points about flax oil:
•    Flax oil is highly perishable and should be kept refrigerated at all time.
•    Heat destroys the health-giving flax oil properties. Use flax oil only with cold foods, preferably cold proteins.
•    When buying flax oil, use only high quality, cold-pressed flax oil. The date pressed and a freshness date of four months or less from the
pressed date should be on the label. If not, don't buy it!
•    Do not use flax seed oil beyond its expiration date since the oil will turn rancid.
Essential fatty acids are not the only element needed when addressing Attention Deficit Disorder ADHD nutrition. Amino acids, from which protein is made, are an integral element since amino acids and essential fatty acids are both needed to work in the body. Therefore, adding quality protein is a
key in Attention Deficit Disorder nutrition. Attention Deficit and hyperactive people can greatly reduce the level of unfocused or misdirected energy simply by starting the day with a protein based breakfast. A solid protein breakfast can increase concentration, reduce restlessness and increase mental and physical calm. Instead of starting the day with sugared cereals, pancakes covered in syrup, sweet rolls, doughnuts or Danishes, try these brain-boosting breakfast ideas;
•    Scrambled eggs, toast and fruit.
•    Whole wheat toast with peanut butter.
•    Fruit and yogurt smoothie with flax oil.
•    Protein shake.
•    Bacon and eggs with toast and milk.
•    Egg and sausage patty on English muffin.
•    Yogurt mixed with a tablespoon of flax oil.
Bio: Jeannine Virtue is a freelance journalist and mother of an Attention Deficit Disorder son.
Visit the Attention Deficit Disorder Help Center at http://www.add-adhd-help-center.com for effective drug-free alternatives to Ritalin, Concerta
and other ADHD medications.  Find A Nutritionist Near You

Physicians predominately use stimulant drugs such as Ritalin for
Attention Deficit Disorder but studies show that Attention Deficit
Disorder ADHD children whose treatment program includes only
stimulant medication remain at a high risk for vandalism, petty
crime, frequency of alcoholic intoxication, and possession of
marijuana.  Additionally, ADHD medications can cause potentially