There has been unending controversies surrounding reactions to Ritalin and other pharmacological interventions, spurring
the FDA to call for stronger warnings. To this end many medical professionals, with varying degrees of accredited expertise,
have developed and provide multiple types of treatments this process is known as “multi-modal”.  Some are combined
modalities and some are stand-alone.

Find A Provider Near YouMedicationMedication has long been considered the gold standard of ADHD treatments and there are consequently many options to choose from. ADHD medications come in two varieties: stimulants and antidepressants, with stimulants being prescribed as the first course of treatment. The side effects of stimulant-type ADHD medications can include increased heart rate and blood pressure, tremors, changes in mood, confusion, paranoia, hallucinations, delusions and irregular breathing.  The main drug prescribed for ADHD is Methylphenidate; it belongs to the group of medicines called central nervous system (CNS) stimulants. Methylphenidate drugs (like Concerta, Ritalin LA, Focalin XR, or Metadate CD) increase the level of neurotransmitters in the brain called dopamine and norepinephrine. Neurotransmitters are chemicals that assist in sending messages between nerve cells in the brain. In addition to pills, methylphenidate is also available in a patch, called Daytrana that can be placed directly on the skin allowing medicine to be absorbed. Amphetamines (such as Adderall, Adderall XR, Vyvanse, Dextrostat, and Dexedrine) treat ADHD in ways similar to methylphenidate medications.  Antidepressants are a second-line therapy to be used when the stimulants are not working. Tricyclic antidepressants work in the body to prevent the nerves from taking up the chemicals such as dopamine and norepinephrine believed to be low in the brain in ADHD. The medication allows these chemicals to stay around longer in the blood and be used by the body in a more productive manner. Two tricyclic antidepressants frequently prescribed are – Imipramine (The most commonly encountered side effects associated with Imipramine include fast heart rate, blurred vision, urinary difficulty urinating, dry mouth, constipation, weight gain or loss, and low blood pressure when standing.) and Desipramine (The most commonly encountered side effects associated with Desipramine include fast heart rate, blurred vision, urinary retention (difficulty urinating), dry mouth, constipation, weight gain or loss, and low blood pressure upon arising.). There are other medications that used but not approved by the FDA, including Bupropion (The most common side effects associated with Bupropion are agitation, dry mouth, insomnia, headache, nausea, constipation, and tremor.), Clonidine (The most common side effects noted with Clonidine are tiredness, lethargy, drowsiness, constipation, and dry mouth. Headache, dizziness, fatigue, and weakness also occur with Clonidine.), and Guanfacine (The most common side effects noted with Guanfacine are dizziness, drowsiness, headache, constipation, gas pains, diarrhea, loss of appetite, fatigue, and nasal congestion may occur.)

Find A Clinical Provider Near YouMulti-Modal treatmentEffective treatment of AD/HD in children and teens requires a comprehensive approach that professionals call multimodal. This means that the best outcomes are achieved when multiple interventions work together as part of a comprehensive treatment plan. The elements of a multimodal treatment approach include:• Parent training• Behavioral intervention strategies• An appropriate educational program• Education regarding AD/HD• Medication, when necessaryPositive behavior intervention can be critical. The most important techniques are consistency and positive reinforcement, in which the child is rewarded for desired behavior. Classroom success may require a range of interventions, from making minor adjustments in the regular classroom to requiring special education programs. For many children with AD/HD, medication may be an integral part of treatment. Both stimulant and non-stimulant medications are now available to physicians and parents.AdultsTreatment for adults with AD/HD also involves a comprehensive approach. This usually means a team approach works best. The team includes not only the adult with AD/HD, but also healthcare professionals, a spouse/significant other, and others in the adult’s immediate family. Adults can benefit from learning to structure their environment as well as from vocational counseling. Short or long-term psychotherapy can also help. Medication may also be part of the treatment to improve the symptoms of AD/HD, as many adults report that this helps them gain more control and organization in their lives.
For More On Adult ADHDAlternative treatmentsHumans are complex creatures and our bodies are tuned to respond whatever we put inside them. Each person’s balance may be affected by diet, exercise, sleep, family conditions, and genetics, on top of the role played by neurotransmitters. There are many approaches to alternative (non medical) therapies, some of which we’ll cover here. Treatments for ADHD include tutoring and special education, behavioral therapy and family-group psychotherapy. Also, self-help and self-healing are possible treatments employed. Experts place a great amount of significance on the need to have structured home and school environment in order to inculcate various coping skills, suitable study habits and sense of discipline and responsibility into children.
For More On Alternative Treatments
NeurofeedbackNeurofeedback - also known as EEG Biofeedback or Neurotherapy - is an approach for treating childhood and adult ADHD. This technique challenges the brain to better function. This  brain-based technique has been successfully helping clients around the world for over 30 years. It is a non invasive procedure with dramatic results for treating adhd. Think of Neurofeedback as a personal training session for the brain. Training the brain to function at its maximum potential is similar to the way the body is exercised, toned and maintained. Brain training exercises the neural pathways that allow the brain to have better function in a variety of areas.  The billions of cells firing electrical pulses produce a field of electricity similar to a radio signal. Neurofeedback uses an electroencephalograph (EEG) to measure this electrical activity in the brain commonly referred to as brainwaves. Brainwave information is sent to a computer where the information is displayed as a graph or even a video game which gives the user feedback about their brain activity or 'neuro' 'feedback'.  Through attached sensors, an individual’s brain wave responses to certain stimulus are measured in real time and the individual is taught to modify their cognitive responses, which translates into altered behavior. The way that EEG biofeedback training works is that the subject is given information about how his or her brain is working at the moment, and the subject uses that information to learn to change and control his own brain waves. Neurofeedback may take at least 20 and up to 50 sessions to achieve the desired results.  Neurofeedback, unlike the commonly prescribed stimulants, has no negative physical side effects. It is a non-invasive form of therapy. Moreover the training appears to produce permanent alterations in learning and behavior. Other studies show that neurofeedback may have many positive effects, such as increasing IQ and helping to relieve anxiety.

For More On Neurofeedback

Food AllergiesMost studies place food allergies and sensitivities as one of the lesser contributing factors to the causes of ADHD and A.D.D. symptoms but it can be a contributing factor nonetheless. By eliminating the top food allergy culprits from the diet and then slowly introducing them back in, you can determine if food allergies produce the causes of ADHD and A.D.D. symptoms. Sugar, chocolate, colors/additives/flavors, eggs, milk, wheat and corn can produce symptoms that mimic those of Attention Deficit Hyperactive Disorder and A.D.D. and the causes of ADHD like hyperactivity. Many health professionals advocate identifying the underlying causes of ADHD instead of rushing into a course of powerful and potentially harmful drugs for people with Attention Deficit Hyperactive Disorder and A.D.D.  By addressing the root causes of ADHD , you can eliminate - or at the very least, alleviate – the need to place children on stimulant ADHD medications.
All doctors – across the board - agree that ADHD medications are not the cure for Attention Deficit Hyperactive Disorder and A.D.D., but simply a means of minimizing the symptoms. Herbal SupplementsThe use of herbal medicine in the treatment of ADHD is of interest to the many families looking for alternatives to drug therapy. Many of the herbs prescribed mimic the action of the drugs prescribed: they’re stimulants. Here is the most commonly suggested herbal alternatives: Ginkgo Biloba, Brahmi (Bacopa Monniera) Siberian Ginseng (Eleutherococcus Senticosis) Gotu Kola (Centella Asiatica, also Hydrocotyle Asiatica) Green Oats (Avena Sativa).

For More On Nutrition

Find A Nutritionist Near YouSensory and behavioral therapiesThere are a host of sensory related therapies based on the concept of an imbalance of sensory perceptions. Common behavioral treatments are best tried in the context of a psychotherapeutic course of treatment with a therapist or psychologist. The most common approaches to child ADHD include positive reinforcement, time out, response cost, token economy, and all various approaches of modifying behavior through punishment and reward systems.Behavior ModificationBehavior Modification works by rewarding desired behavior with privileges or rewards while discouraging bad behavior with removal of privileges or adding appropriate punishment. Most of these systems use a computerized scoring program, scheduling software and tapes. By letting the parent create a list of behaviors they consider to be undesirable the child will receive negative scores. If the child behaves well by performing their chores with good behavior this counts towards a positive score. At the end of a week or month the child will be given a score that will determine what reward or punishment they will receive. The advantage of systems like these is they build the child's self esteem and accountability because they ultimately have a hand in their outcome. Cognitive Behavioral TherapyThe national association of Cognitive-Behavioral Therapists http://www.nacbt.org/whatiscbt.htm defines Cognitive-Behavioral Therapy...  as a form of psychotherapy that emphasizes the important role of thinking in how we feel and what we do.  Cognitive-behavioral therapy does not exist as a distinct therapeutic technique. The term "Cognitive-Behavioral Therapy (CBT)" is a very general term for a classification of therapies with similarities.  There are several approaches to cognitive-behavioral therapy, including Rational Emotive Behavior Therapy, Rational Behavior Therapy, Rational Living Therapy, Cognitive Therapy, and Dialectic Behavior Therapy.  Cognitive Behavioral Therapy is a form of treatment which helps people make concrete, observable changes in their lives. Melinda White MFT www.adhdtreatment.com There is a focus on the ways a person's thoughts and attitudes affect his feelings and behavior. The premise is that some people develop negative and distorted beliefs about themselves which interfere with their functioning. This can lead to depression and anxiety, as well as the procrastination that affects so many adults with Attention Deficit Hyperactivity Disorder. Cognitive therapy helps people examine the beliefs that are holding them back and learn strategies to counteract those beliefs. ADHD is considered a neurobiological condition. Yet the traits of ADHD are not the only problem for the adult with this condition. It is often the negative self-esteem and defeatist attitudes that develop as a result of the symptoms that are the most damaging. Cognitive Behavioral Therapy can be especially effective in addressing these issues.

Find A Clinical Provider Near You

Adult and childhood ADHD (also known as ADD) are in many cases treated as a disease or  diagnosed as a mental disorder.  It is actually a developmental neurobehavioral disorder frequently found in children and often carried into adulthood. The state of being known as ADD or ADHD, that has touched many millions of people and their families.Standard treatments for ADHD in children include medications and counseling. Other treatments to ease ADHD symptoms include special accommodations in the classroom, family and community support as well as a variety of alternative ADHD treatments.
ADHD Treatment [For the purposes of simplicity we will primarily use the term ADHD (which is attention deficit hyperactivity disorder.  However much of the information included in this text will include ADD (Attention Deficit Disorder) which is obviously not characterized by hyperactivity.] 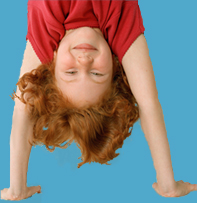 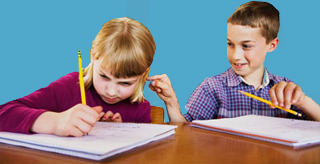